Flood in at Pilliga then on to and Bingara

On Wednesday arrived at Pilliga after driving in the rain all the way.  I set up camp right by the bore pool in the day car park on the hard top, the highest point.  There were about 5 other campers there who all moved to the day park as the creek flooded the main camping area and the started on the all weather back one.
Fortunately the water stopped rising with a couple of feet to spare.  The road was closed north to Barren Junction and east to Wee Waa until Saturday morning but that was OK as I had all I needed and the bore was hot.  Met Fred Kern from Brisbane and had some interesting discussion as we whiled away the time.
Provisioned at Woolies Narrabri and was intending to stop at Sawn Rocks rest area but it was closed for construction?  Drove on to Bingara and set up on the Gwydir river for 2 nights.  Walked 5km in the morning then SUPed on the river in the afternoon.  Interesting thing was there was no current, the river was lower and there were gravel runs up and down stream. 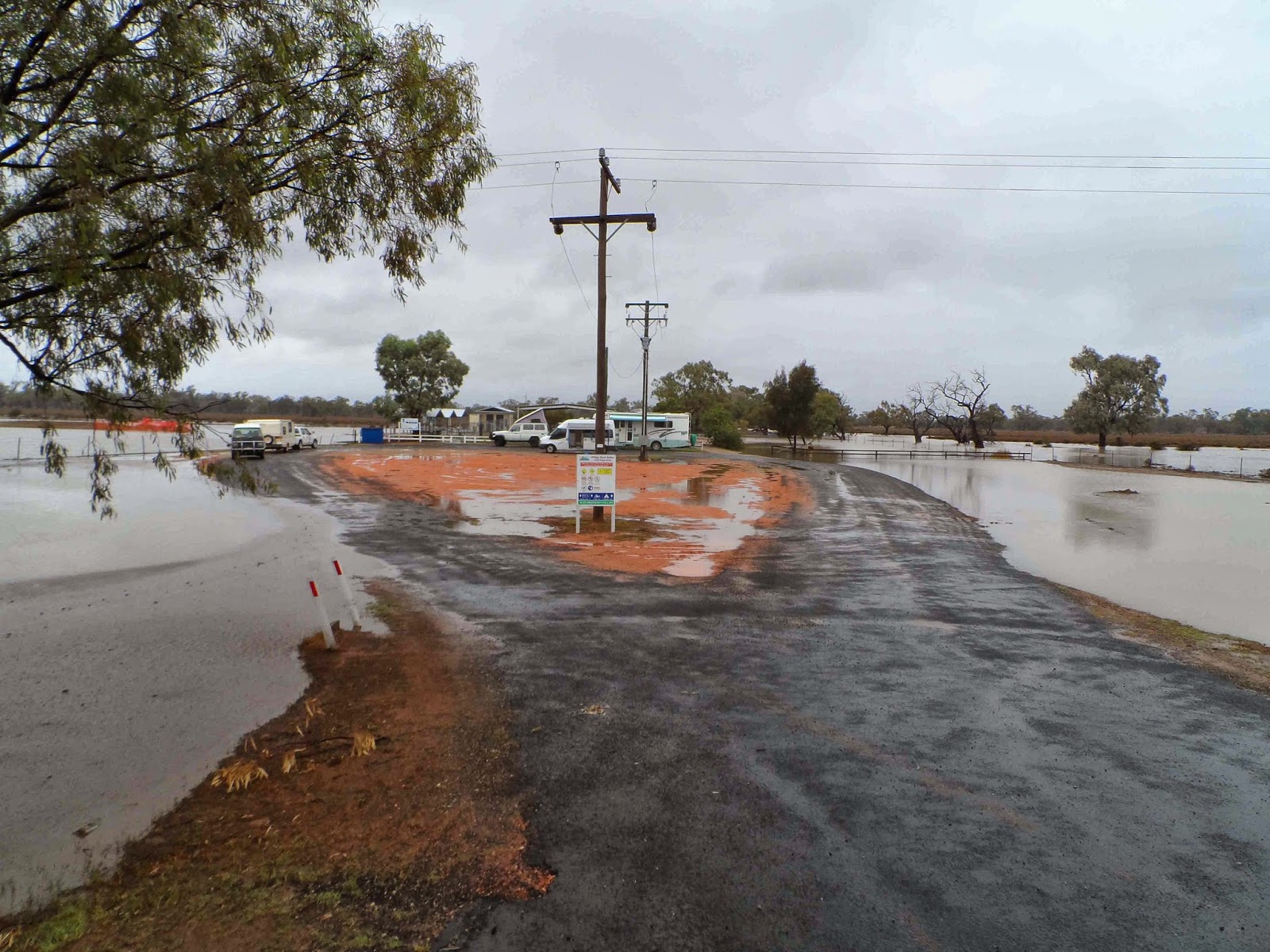 Pilliga Bore Baths from the road Looking to the campground - 2013 April 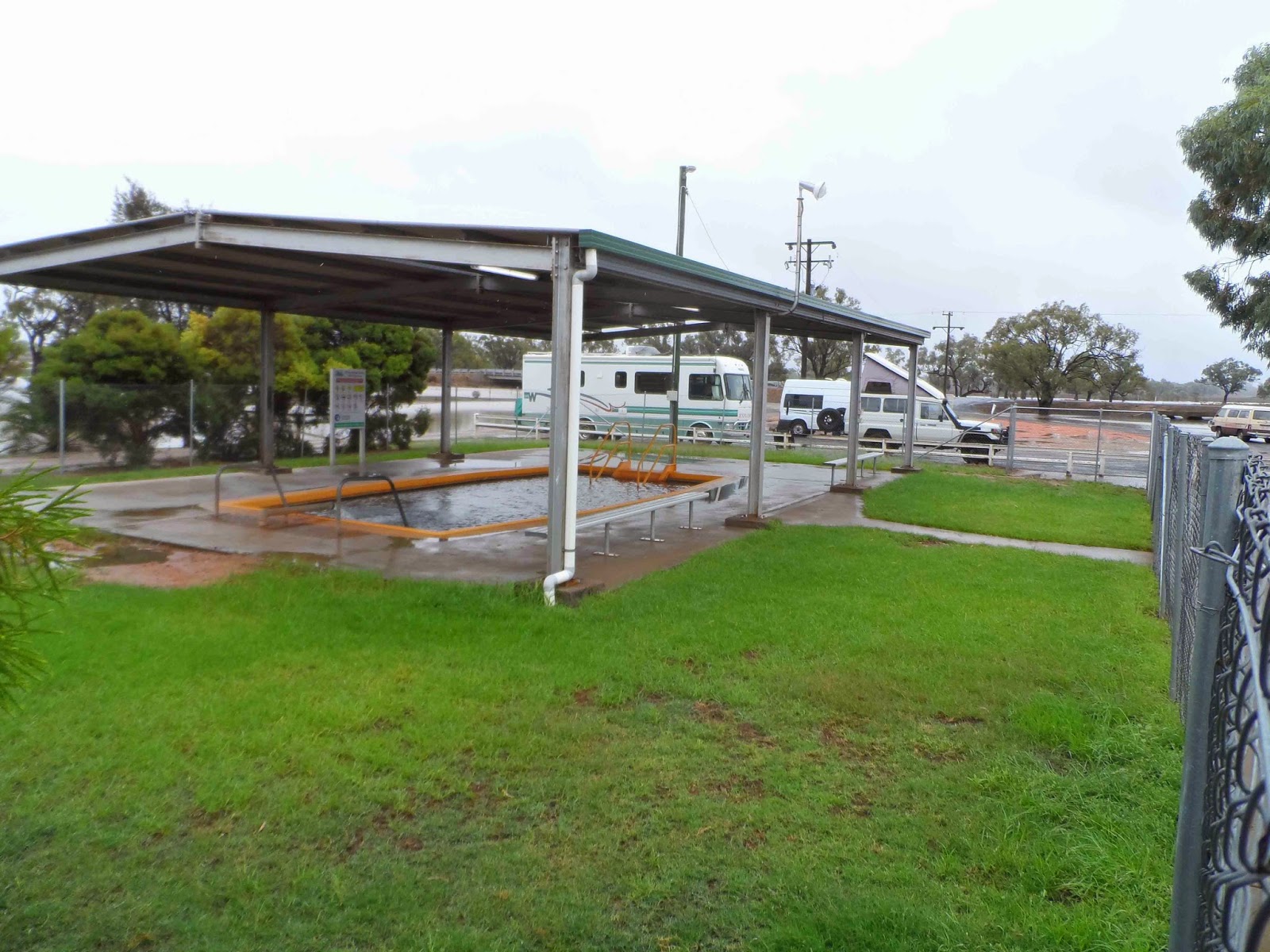 Looking from the back car park

Posted by TimTheTourist at 6:29 AM