Roma to Maroochydore and storage

Drove into Roma and was astounded to find everything closed.  Sunday, need to keep better track of the day of the week.  Walked about took the place in and headed off again. Now headed east on the Warrego Hwy.  As I get closer I get more focused on reaching my destination.  Hmmm, destinations not always a good thing!

Stopped at Wallumbilla showgrounds, power, water and a dump point, nice.  Next day still heading east stopped at Miles for a cuppa, a busy town but good for a rest stop.  But drove straight through Chinchilla, not a lot to stop for there.  Reached Kumbia on Bunya Hwy after having lunch road site at Dalby.  Dalby is good for provisioning but does not entice me as its big and busy with mining vehicles everywhere.

At Kumbia, a small free camp in town, I met Roy and Margaret from Canberra.  They tow a 30 foot van with a 20 year old Suburban.  The Suburban has the same engine as my motorhome so we got talking about the foibles of the vehicles and maintenance etc.  Ended up down the pub for a few and Roy expounded the virtues of Canberra as a tourist destination and gave me an open invitation to stop at their place, when next in Canberra.

Next morning north-east to Kingaroy for lunch before turning south-east down the D'Aguilar Hwy stopping the night at Kilcoy showgrounds. Seems now I'm delaying arriving back at Maroochydore.  Next morning flushed the holding tanks in preparation of storage.

Arrived back in Maroochydore, on Wednesday 6th. 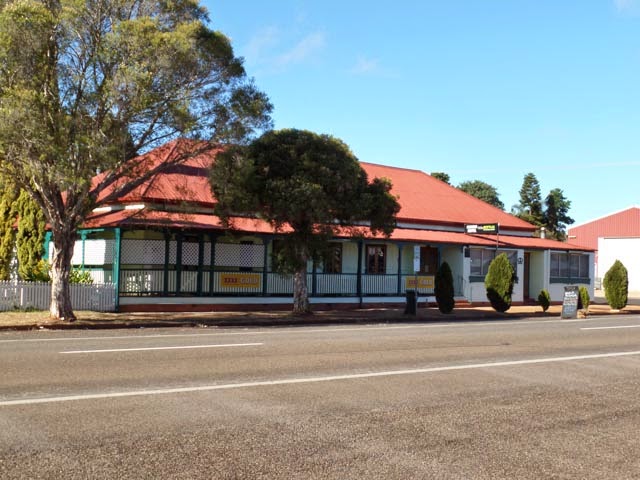 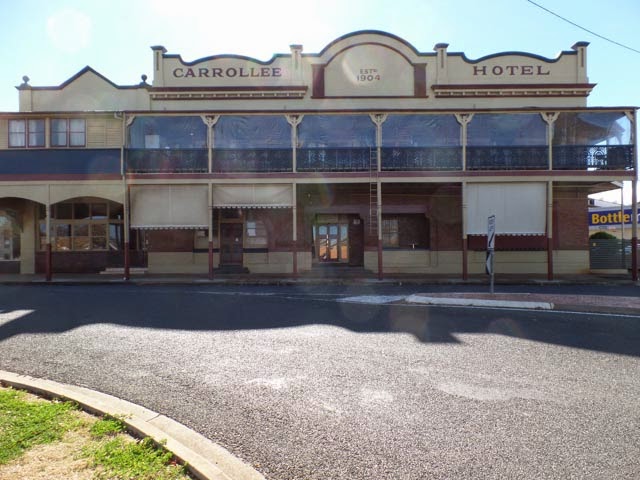 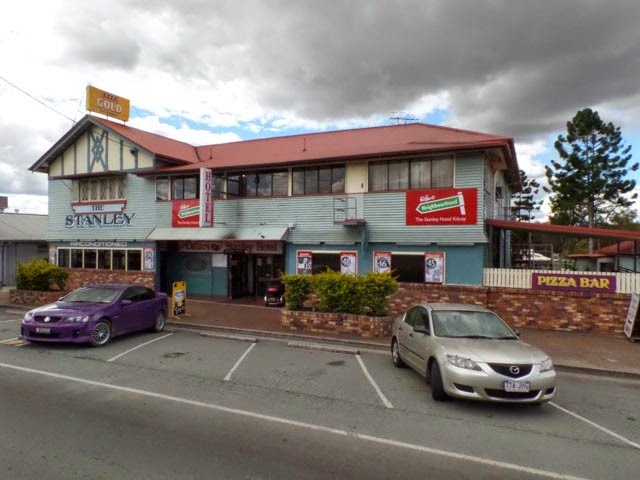 The Stanley at Kilcoy
Posted by TimTheTourist at 7:54 AM

Pretty much drove straight through Clermont without stopping so keen to stop for the day at Theresa Creek Dam.  This section of the Gregory Dev Hwy was much as had been described to me, boring and in the southern section before Clermont, undulating up and down sometime violently.
Stopped two nights at the dam the weather being so nice, mostly clear sky light breeze and high twenties.  Was going to go paddle boarding on day two but the wind came up in the afternoon, so just relaxed.
Wanted to knock up some kms so planned a big day driving as the wind was strong and coming from the east. Took the road to Rubyvale, now sealed, on to Emerald to provision.  Then Springsure, Rolleston and down the Carnarvon Dev Hwy to The Expedition NP.
Stopped for the night at Lonesome Campground in the Arcadia Valley about 16km off the hwy but awesome.  Met three fellow travellers, two American girls and a Greek bloke, and traded travel stories around the campfire.  They were adamant they wanted to see my blog, it will need work before that happens.  Made a cuppa for the girls before heading off, it was -3 overnight and difficult to get warm.
Dora's auto park, parking brake system, started playing up so I had to change out the RGS, grovelling under her on the roadside.  Thats the third one in four years.  Will order several replacements switches from the states this time. 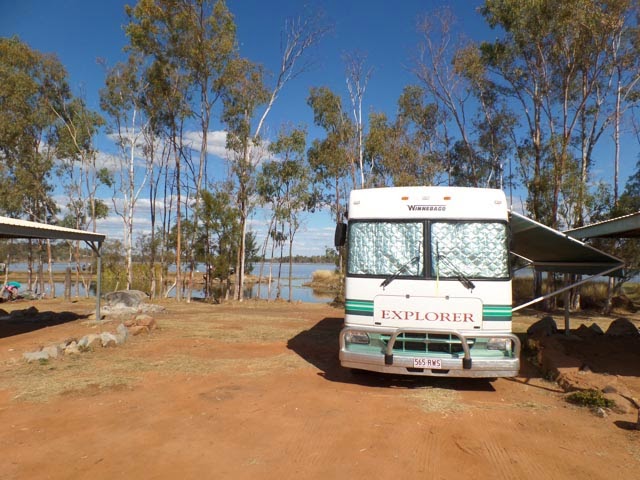 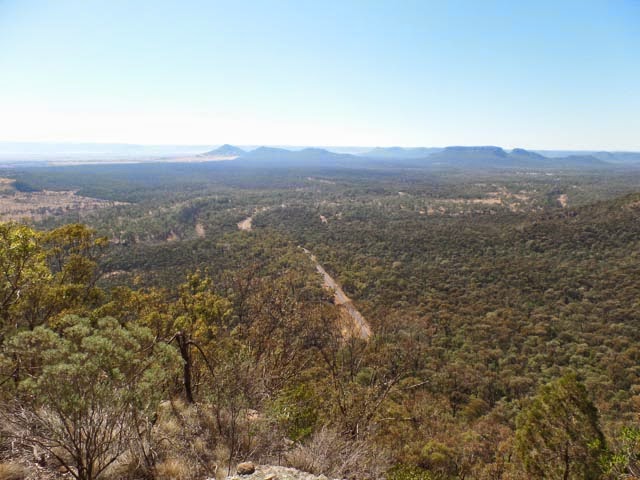 Looking to main section of Expedition NP.
Lonesome Campground down there somewhere. 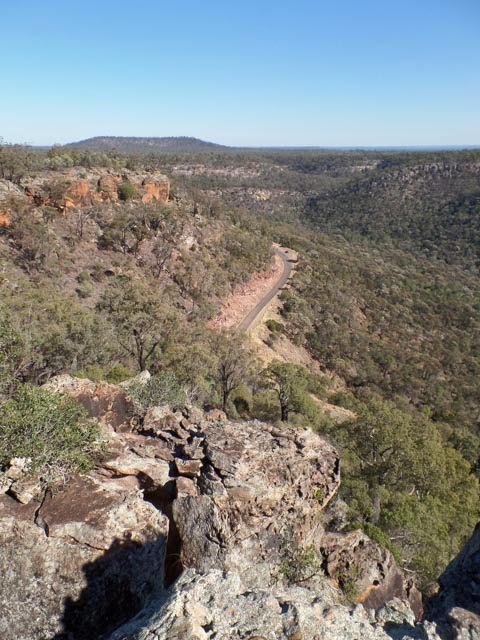 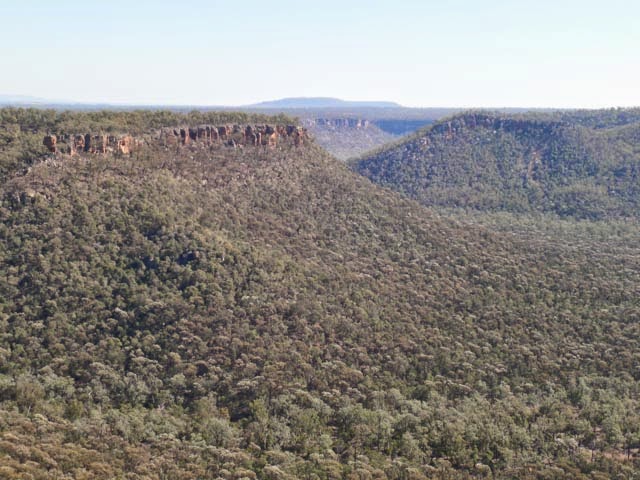 More of the view from the lookout

Posted by TimTheTourist at 4:44 PM