Dalbeg, Deep Creek and back to Home Hill.

Home Hill
Fog and mist early but looks like it will clear to a nice day. Rode around town, stopped at the cemetery, as you do, lots of graves mostly older people here. The streets are numbered 1 to 10 and crossed with avenues 1 to 17, not much thought went into that forefathers!

Provisioned at Ayr woollies after dumping and taking on water. Whilst driving to Dalbeg came across the tag-along-tour group headed to the DFR stopped at Deep Creek veterans retreat. Had a quick look at Dalbeg and it didn't look inviting so turned around and went back and stopped with the tour group. Met BJ the organizer of the tour. Met Reta and David HW we had met before at Maroochy Primary School. Also met Phillis, Tony and Pat all solos and Nobby turned up as well. Stayed a couple of nights, quiet not much to do other than sit around the fire at night.

Packed up, dumped, provisioned at Ayr and headed to Giru. Giru a quiet sugarcane town with not a lot other than a mill and an interesting hotel. Rode around town in 5 km. One night here was enough.

Drove to Woodstock short trip, easy. Rode around town 10 mins, nothing to see. Walked to the shop and back, done it all now! Played some basketball and then cooked dinner. Quite a few MHs turned up today for the trivia tomorrow night. Lots of dog people as well, could be a big weekend, wow! Checked out a military auction and had a look at the dog agility trials, smart dogs! And went to the trivia night. Food was very average. PA was loud and at 8pm I left to watch the Wallabies go down after a poor showing.

Back to Home Hill for 4 nights before going on to the Dam Fine Rally in Townsville. Stopped back at the showgrounds and it has grown near out of control motorhomes everywhere. Managed to catch up with a few people and made new friends but gave happy hour a miss as it was out of control.
Click on an image to enlarge 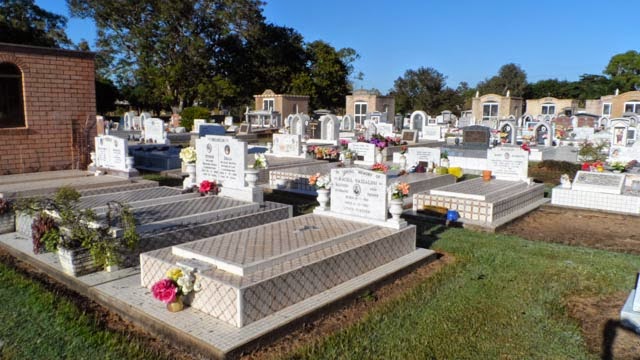 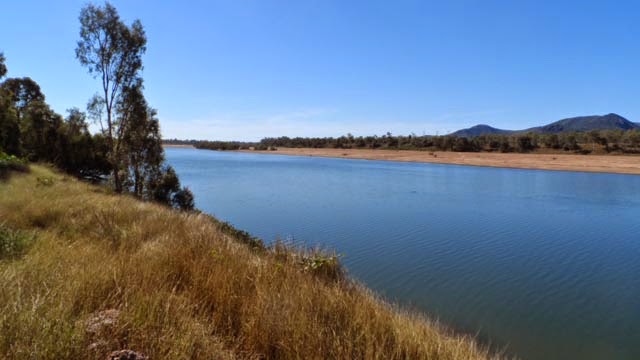 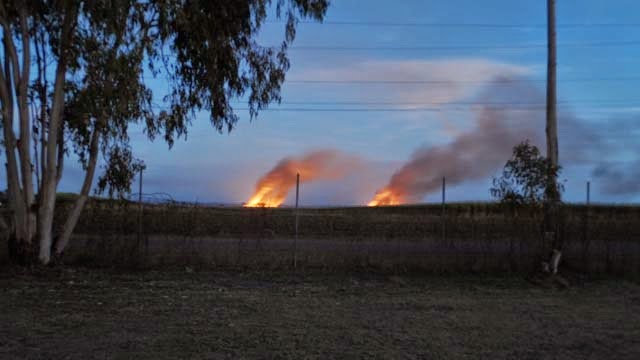 Well I'm doing the annual trek north like so many others do and are doing this year. Expecting to get as far as Cooktown via MH rallies at Townsville and Mareeba.
Left Cotton Tree early and drove to the rest stop just north of Gympie, Chatsworth Park, OK for the night. Gayndah next night Stopped at Ban Ban Springs for lunch then Kilkivan for coffee. 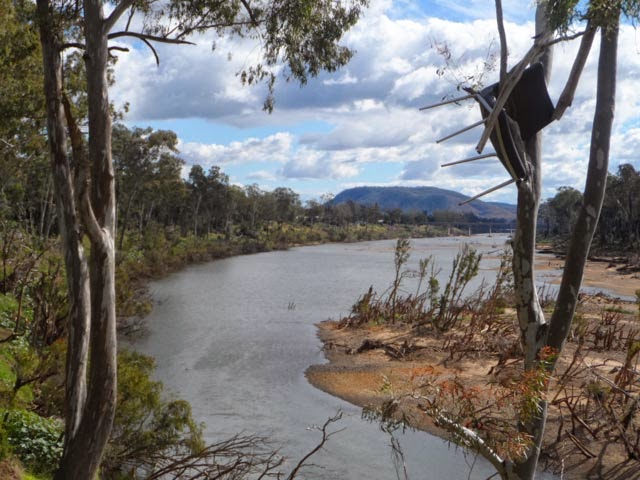 At Gayndah checked out the Weir rest area but it was full of pickers and smelt bad, bat shit apparently. So stopped at Zonhoven park at the other end of town. Met Keith and Doreen neighbours for the night. Walked 2 km into town for some provisions and took a shot of the recent flood then 2 km home before a happy hour with Keith and Doreen, nice. Eidsvold, nothing much to see, then went on to the camp just 11km north at Ceratodus a nice rest area on the Burnett river. Met Bob and Joe new neighbours just for tonight, they have a fire ready to go so no need to collect wood.

Stopped at Monto caught up with Heather, she has been there the since I left, says it's not very professional like it used to be. She's leaving tomorrow and the site will close in about three weeks. Drove on to Lawgi Park rest stop about 25km short of Biloela, nice enough got a sunny spot will do for tonight.

Baralaba a couple of vans moved on and I managed to get the best spot (sunniest) here before about 5 others, the advantage of a motorhome! Met Keith and Ann, she's ok but he is a talk-a-lot. This is a very good camp spot, quiet and sheltered, toilet, water and a great view of the river and not far from town with nice pub and general store carrying a bit of everything, will be back, if I ever leave. Stayed 3 nights then on to Duaringa. Easy drive on sealed road to Woorabinda then north to Duaringa. Really nice rest area at Duaringa hot showers as well as plenty of space clear of the highway. Riding around town, stopped for a look at the cemetery. Met Iris and Ann HW headed to a house sit at Rockie. Had arvo tea with them and then met Ian and Margaret the owners of Dora's sister and had a happy hour drink with them. They are also headed to Townsville Dam Fine Rally. Ian told of all the trouble he has had with his explorer. Nice couple, Margaret is 84 but full of spirit enjoyed a few laughs. 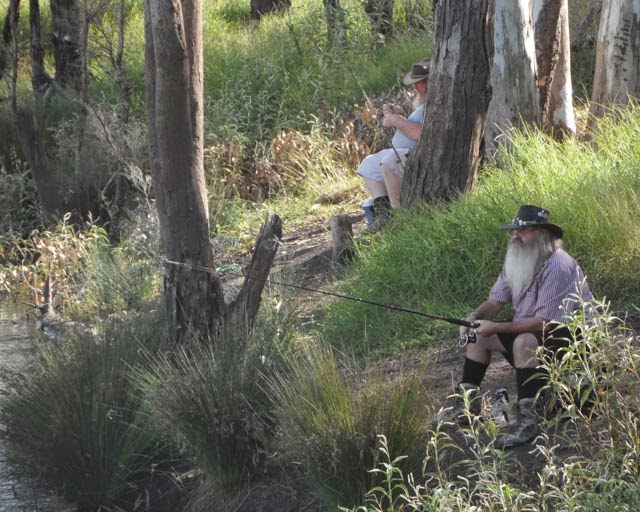 Bedford Weir. Stopped a Blackwater but the supermarket was closed so on to Bedford Weir a really nice place but very popular. Will only be able to stop one night as I have eaten most everything in the fridge and have nothing fresh left. Met Kevin and Sue in a C-class Winnie. Went for a walk around the lake.
Emerald then Sapphire for one night. Met Keith neighbour for tonight. Rang the Tieri hotel regarding the State of Origin telecast and was told good reception in the bar and welcome to stay in the car park. Walk around Sapphire, interesting, reminds me of White Cliffs but just a bit more refined. Lots of activity, lots of old retired people in dirty cloths mostly just sitting around talking.
Tieri one night. Bundoora Dam (German Creek) one night. 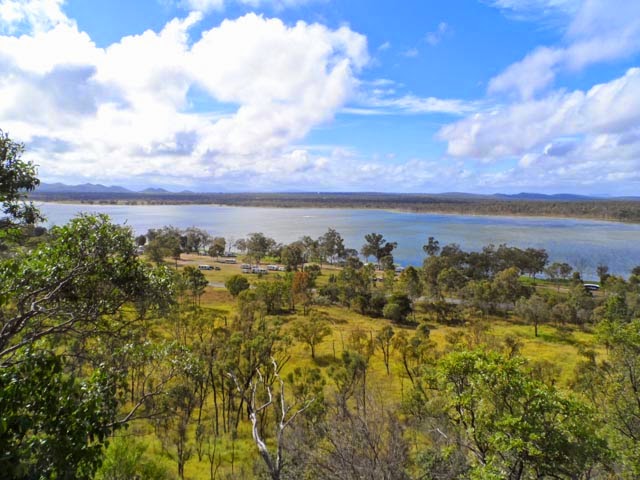 Elphinstone Lake stayed several nights nice spot. Waited for the sun to burn the cloud away before walking up the hill behind the campsite. Climbed to about 450m only 150m above the campsite but a good view. Met John when I arrived here the other day. He saw me go off walking yesterday and was interested in joining me when I told him I climbed the hill behind the camp. He said he was fit before we headed off but I soon found he was hanging back and breathing hard. When he got his breath he said he was on all sorts of medication for high cholesterol and other heart issues and bragged he was adjusting the medication as he felt best. And here we were up a steep rocky hillside where there are no tracks and no places for the rescue chopper to land. Anyway we got down ok. Must have been my prayers that did it.

Collinsville, did some provisioning and walked around town. Good for one night in the showgrounds. In Bowen I did the laundry and had lunch with a bay view then stopped for the night 45km toward Townsville. Bowen is not Motorhome friendly. On to Guthalungra nice spot but it's a bit close to the highway. Checking the map I noticed a very obscure pub in a town called Dalbeg, thinking I will need to go there.

It's about 4 weeks since leaving Cotton Tree I'm making reasonable progress and will have time for a detour.
Posted by TimTheTourist at 2:11 PM