So I did.  I went west down stream stopping at Tocumwal for two nights then on to Wakool on the Wakool river and Moulimein on the Edwards river.  A night at Kyalite before fronting to the Solo Rally at Balranald.

At Kyalite I camped at the caravan park next to the pub linking up with some Roadrunners on their way to Robinvale, a funny bunch.  At the Solo Rally I did the normal Tim thing and didn't get involved with the activities rather did my own thing riding around town on the bike or walking or swimming laps in the local pool next door.  All a bit boring and although paying for 7 nights left after 5.  I did join the Solo Network for the next 12 months, but I think it confirms one thing: I'm not a rally person!

Thinking back on it I would've been far better off at Bonnie Doon as was the originally plan. Live and learn but not so much learning going on lately. 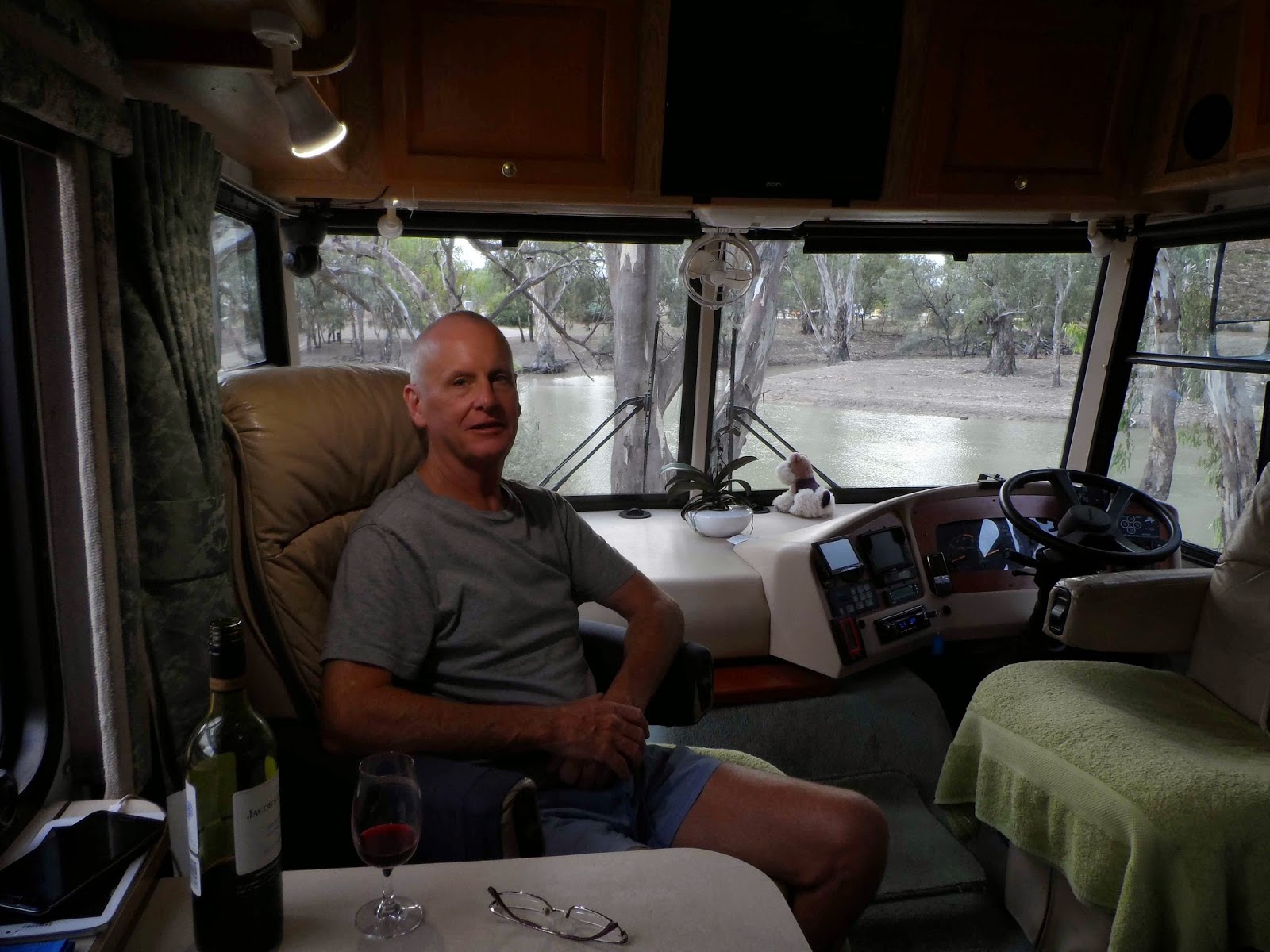 Camp spot at Moulimein on the Edwards river 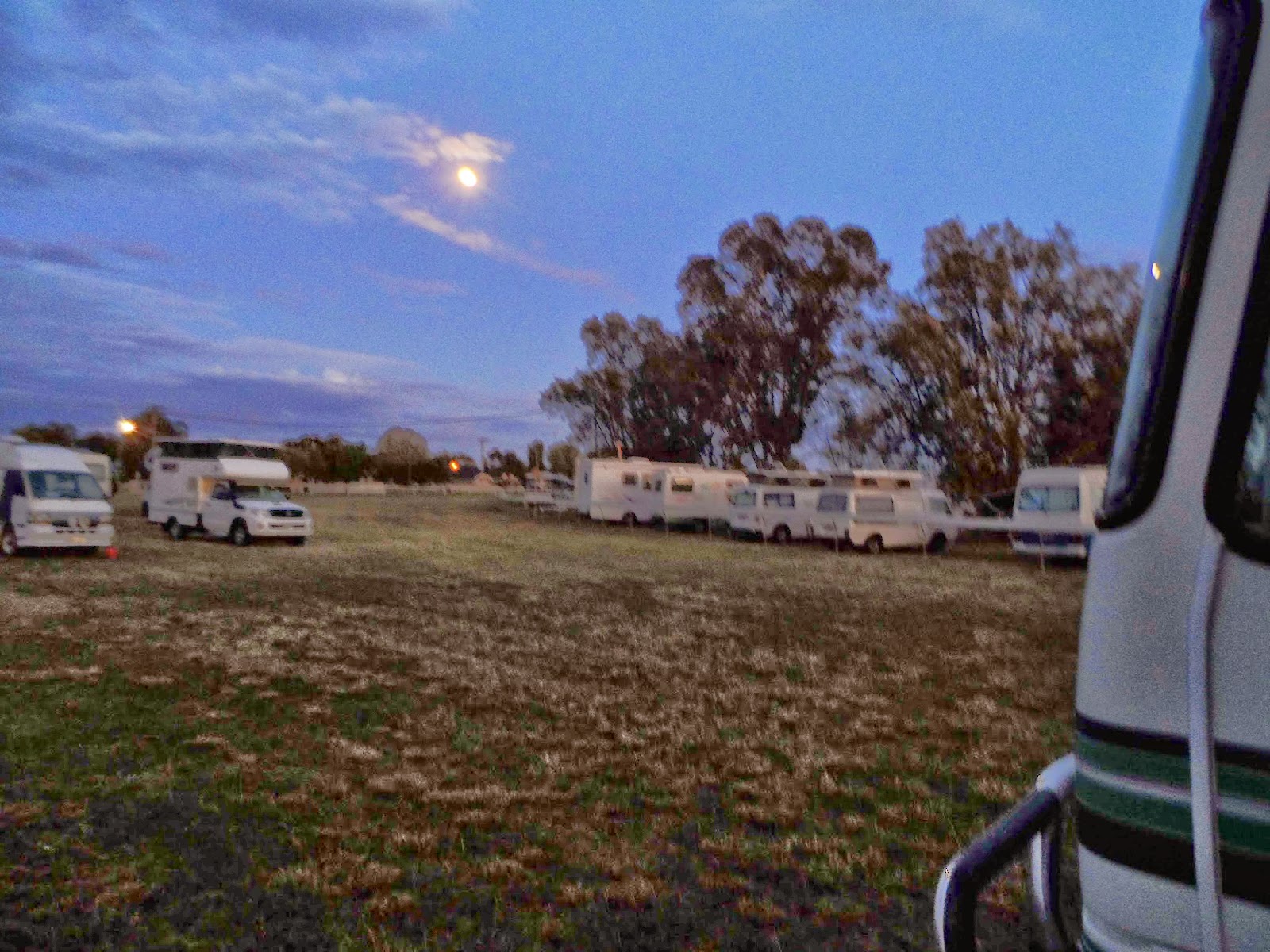 The rally site in Balranald early Day 2.
Posted by TimTheTourist at 10:48 AM