Off to the airport at 7am and back with the tourist by 11am.  Headed off in the motorhome about noon, not bad.  Stopped for fuel in Frankston and put in about 8lts of unleaded petrol into the tank before I realized, about 3% no big deal, before filling the rest with diesel.  Lunch at Donnybrook and stopped overnight at Reef Hills Rd at Benalla, a National Park, with no facilities but a quiet spot well off the road.

Forecast for Benalla over night is +1, I'll miss the dog tonight! Actually went down to zero.

Weather here in Wagga is really lovely, and very pleased to be here and on the road again, yeh!  Met Margaret in a C-class Winnebago, again, the cook, she was off up north today.

Wagga Wilks Park - Coolamon CP
Zero to start but 16 and clear sky is forecast.  Drove to Coolamon CP and was reunited with Chris and Marilyn.  I had first met them at Batlow and then again here last year. Will be nice to have power and be warm all night. Quiet day lazing in the sun.

Coolamon CP - Wagga - Narrandera
Feels like -2 in Wagga, according to the weather app, brass monkey!  Nice and warm in my motorhome.  Paid the guy at the newsagent for my powered site at the CP and a had a laugh with him. Funny fellow.  Then Wagga and met with my Super Fund manager, Chris, and had lunch with my brother Ged.  He gave me the stuff from Ted (dad), 4 prints of ships, a photo of Crusader and some medallions. Off to Narrandera and camped on the block.

Narrandera - Cold but clear heading for 17.
Up at 4am after reasonable sleep. Mowed the grass updated my music files. Had dinner at the pub and watched the state of origin, NSW Won 16/12. Good game. Only had 5 schooners of light. Ready to go tomorrow.

Narrandera - Mirrool hotel
Not far to go today so did some paperwork making sure I will have what I need to do a tax return.  Made it to Mirrool for lunch had a snooze before a few beers in the pub with Ben and pizza for dinner.  Ben and Claire are putting the pub on the market.

Thinking I will take a new direction to Brisbane this time. Via towns I have not been to before. Stopping at some places I've been told about, take a few photos etc. 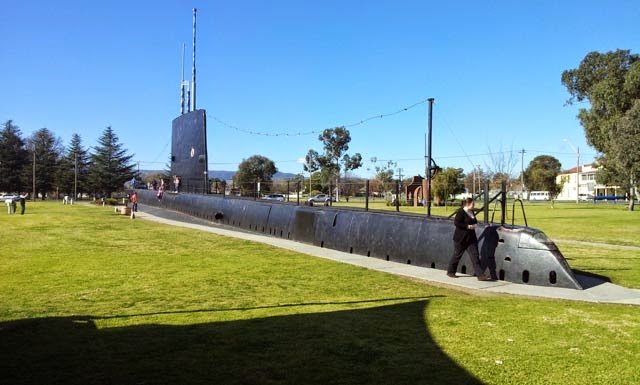 Posted by TimTheTourist at 7:24 AM